..."and a highway shall be there, and it shall be called the way of holiness; evil minded people shall not travel on it, but it shall be for those wayfarers who are traveling toward God. (Isaiah 35:8, adapted)

On the Old Landmarks Disappearing

Today, I walked to the corner of the street where I have lived a good deal of my life.
Today, it was so very different.  The house on the corner of my street was sitting mostly in
a dumpster: knocked down to make progress. I honestly did not recognize what I was looking
at. The old landmark was gone. This is the fourth time that this has happened this year
and its strangely symbolic.  The local developer decided to buy up as much land  as he
could going down my street.. This last house was 30 year hold out. They just wouldn't sell
even though the house was abandoned, derelict, and had not been inhabited for decades.
In some ways it should have been demolished long ago, in others, it should have been
restored. Nevertheless, it was still a landmark with its own warning message.

The house next to it was demolished just before this one.  My friends lived there when
I was a child and when I told them, we were upset together. Before it was demolished
I went up to the empty window, stuck my head inside, and what hit me was a wave
of happy childhood memories.  Scores of people had lived there since the days that
I had  played there but just for a moment, it was 1967. Time is wobbly like that..

The house next to that one had been demolished last fall.  The last occupants were
a black lady and her son and her dog, Precious. That's how I got Precious.--the
people  had to move to make way for "progress" and progress didn't care one whit
that Precious would not be permitted to stay in the only other housing available
to the family.  So, while I leave out a lot of the story, I inherited the dog I vote most
like Jesus. My other dogs have not been the greatest Christians, this one outdoes me,
paws down.

Then the house two doors down from me, also fell to the wrecking ball. It shook
our house for two days and I couldn't bear to look.  It was Miss White's old house
and it was built the same year that ours was. Now instead of telling people that are
trying to find my house that I am the sixth house on the right, I will have to tell them
something entirely different. Somehow, that is just plain eerie.

Do you know why I've told you all this? Because in a similar way our spiritual
landmarks are disappearing and the wrecking ball is right next door shaking our
houses and I wanted you to ponder that with me.

The dictionary describes landmark as "a prominent or conspicuous object on land
that serves as a guide, especially to ships at sea or to travelers on a road, a
distinguishing landscape feature marking a site or location."

Today when I walked down to the corner, I felt the exact same feeling of dis-ease
that I've been feeling for several years spiritually.  I will miss the sense of coming
toward home and seeing that which marks my home area, that which is familiar
and comforting in its gift of stability. It's all changed and until I get used to it,
its going to bother me. Some change is required, some contains a deeper message.

Those landmarks had been there since I was a child. I had watched similar
ones fall along the way, but now it was right next to me, Likewise spiritually.
Proverbs tells us:"Remove not the ancient landmark," (Proverbs 22:28)

There is good spiritual reason for that:  remove what is meant to guard
and soon a generation and all that come after will not be able to find their way.

If the foundations be shaken, what can the righteous do? (Psalm 11:3)
Our spiritual landscape is changing and nothing much looks or feels familiar.
Landmarks give us a sense of stability and order. They guide us.  They help us know
our boundaries and  respect our space. If they disappear how will we
know that we are still on the right path?

Most of the people I respected as leaders as I grew up spiritually are now
with the Lord. I heartily lament this. I often sit and wonder what they would be
preaching or saying now, here, this very minute. Others have lost their way or changed
their path, or I'm not sure.what. They don't feel the same. They don't sound the
same.  They don't preach the same--if they still preach and not just chat.from
the pulpit, if there even still is a pulpit.

When did everything change? When did the One Way sign change to Multiplex Rotary
Ahead?  When did the Stop sign change to Pause and then Sneak Through?
When did the Red Light have a Rainbow painted over it? When did  the Wrong Way
sign get replaced with Any Way You Want Will Get You There? Our landmarks
have disappeared, shifted, or are being replaced.  Some may have needed to be, most
did not

Much earlier in our North American history explorers would set a landmark  to mark
a land claim as their own. Later, unscrupulous others would come and remove the landmarks
thus taking things that were not theirs to take. A very different America emerges
if that had not happened. Compare that to the current spiritual landscape.


The Book of Job says, "Some remove the landmarks, they seize and devour the flocks"
(Job 24:2). Landmarks are removed to confuse and erase boundaries. They undo order and
leave the flocks open to danger.  So what are we to do?

God says, "One more time will I shake the heavens and the earth, and the sea and the
dry land and I will shake all nations and the Desire of  Nations shall come" (Haggai
2: 6 &7, )

Now we must set our eyes on Jesus alone. All is being stripped away in the purposes
and plan of God. We must seek the Truth that is revealed in and by Christ Jesus. He
alone must now be our Landmark and our High Tower. Lesser things, even all things
that are not built on the Firm Foundation of Christ, will be swept away in the coming
storm.  On Christ the Solid Rock I now must stand, for surely all other ground is sinking
sand.

Peter wrote to early Christians, "Beloved, think it not strange concerning the fiery
trial which is to try you as though some strange thing happened to you, But
rejoice inasmuch as you are partakers of Christ suffering, that , when His glory
shall be revealed, you may be glad also with exceeding joy "(I Peter 4:12, 13) .

Beloved, this is not gong to be an easy time.  We find ourselves in a sea of confusion
and we must navigate by the Son alone.  All shall be well if we are focused on Him,
but do take care.
Posted by The Pen of The Wayfarer at 6:18 PM No comments:

Posted by The Pen of The Wayfarer at 5:31 PM No comments:

Finding God in the Great Silence 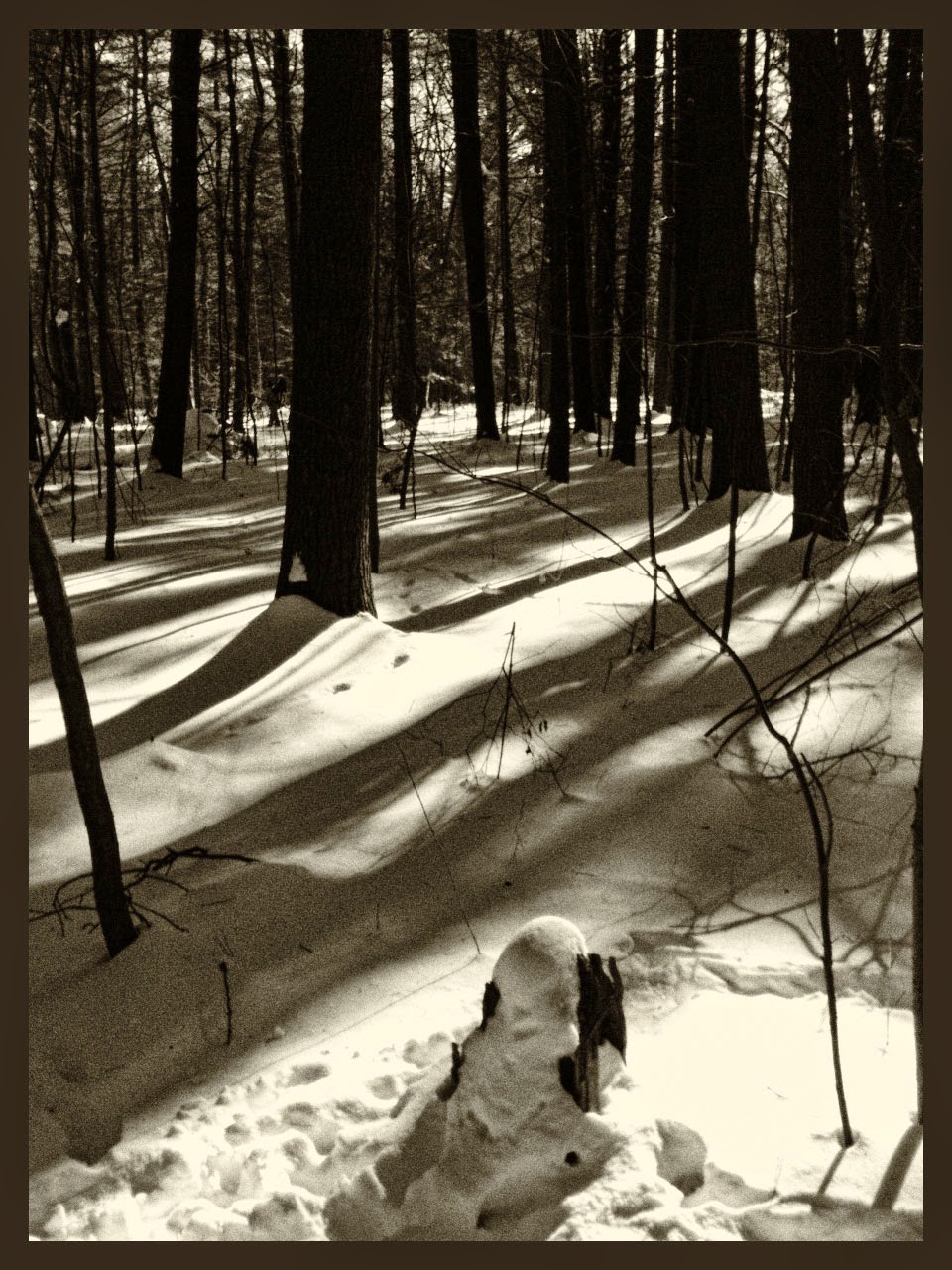 We need to find God, and he cannot be found in noise and restlessness. God is the friend of silence. See how nature - trees, flowers, grass- grows in silence; see the stars, the moon and the sun, how they move in silence... We need silence to be able to touch souls.
--Mother Theresa

winter walk in Robinson State Forest. Agawam, MA
Posted by The Pen of The Wayfarer at 3:58 PM No comments: 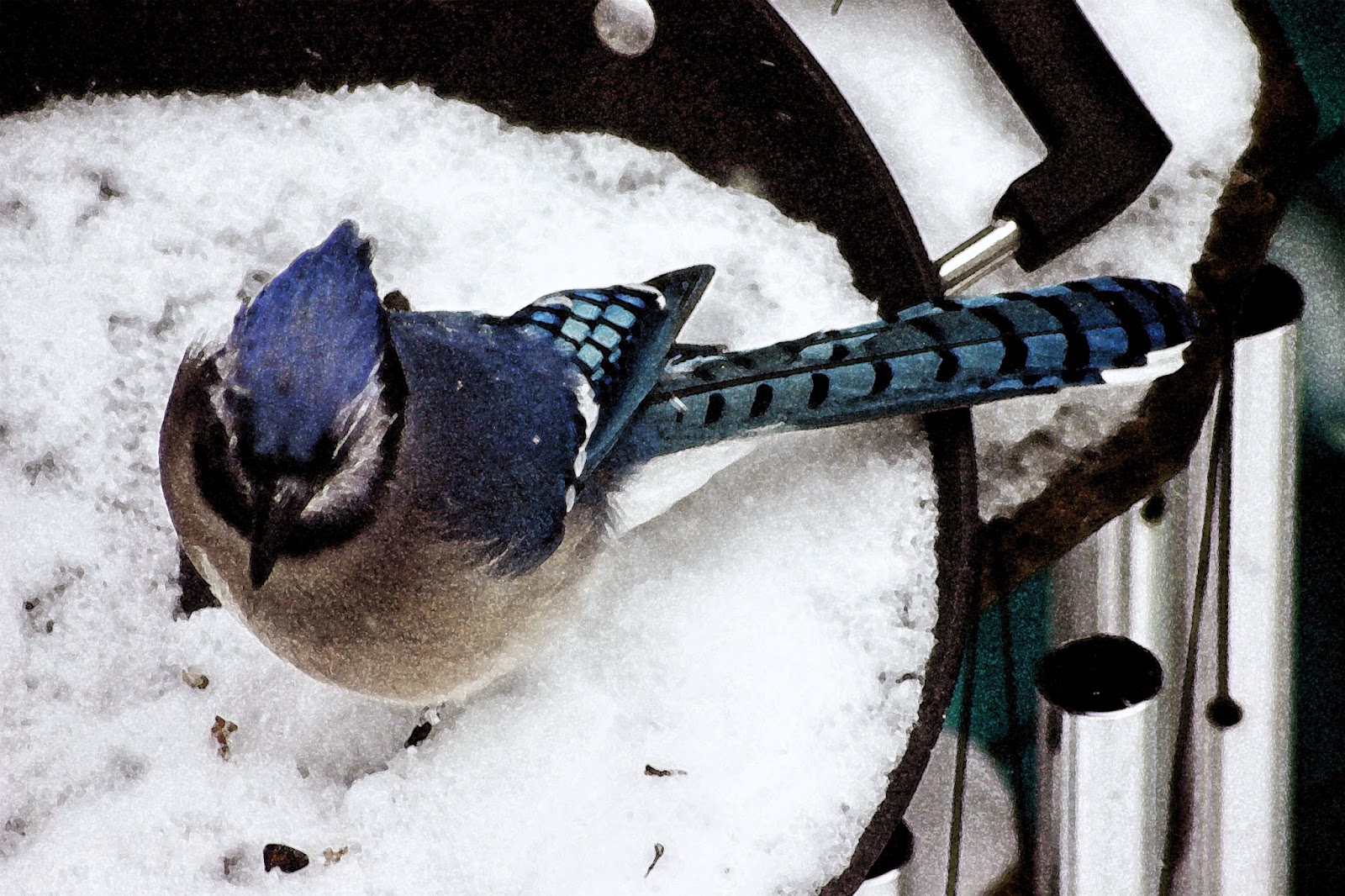 “It isn't as bad as you sometimes think it is. It all works out. Don't worry. I say that to myself every morning. It all works out in the end. Put your trust in God, and move forward with faith. The Lord will not forsake us. He will not forsake us. If we will put our trust in Him, if we will pray to Him, if we will live worthy of His blessings, He will hear our prayers.” ― Gordon B. Hinckley
Posted by The Pen of The Wayfarer at 1:16 PM No comments: